My interest in music started at four with the piano. I then progressed on to the guitar, and from there to the electric and acoustic bass.

My father was one of the founders of the Ferrara Jazz Club (now a major Italian venue). That put me in touch with a vast Jazz discography, and I also met some of its greatest composers and interpreters.

In 1986 I studied arranging for large and small ensembles with the Berkelee Clinics. 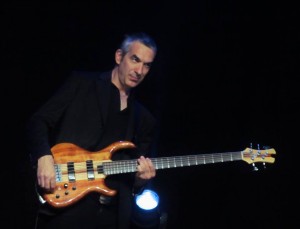 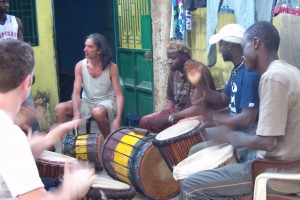 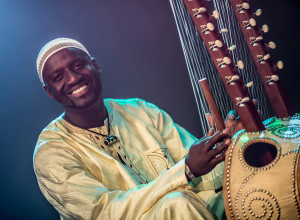 In July 2002 I met Senegalese singer and kora master Seckou Keita. Soon after followed a trip to Senegal, in the heart of Casamance, where I received the most intense education on griot music and culture (as well as the most felt hospitality).

Since 2003 I have been a member of Seckou’s SKQ. The band has toured the world, composed together and produced two inspiring albums. 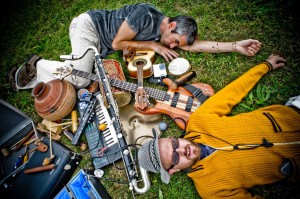 In 2004, together with violinist Roberto Manes, I bought a loop-delay machine, and played through it all we could think of: violin, bass, percussion, flute, EVI, Kaoss Pad, car keys, wooden spoons, toothbrushes….. That was the birth of a new, unique live duo, Polaris. Roberto was later replaced by multi-instrumentalist Ross Hughes (saxes, clarinet, flutes, cavaquinho). There are currently two albums out, one for each duo. 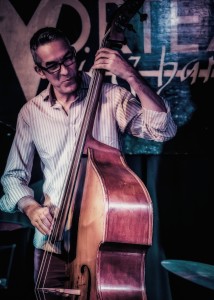 In 2011 I joined a very special musical project called   “Do You Speak Djembe?”,  created by French composer/conductor Philippe Fournier and percussionist/animator Doug Manuel. On stage, a West African septet (including myself and Seckou Keita) fronted by an 18-piece classical orchestra, combining styles; and each person in the audience with a djembe to play on, guided by Doug, joining the orchestra. The effect (and fun) is incredible, must be experienced.

In 2013 the band has turned into a 12-piece group, where I worked as main arranger and music director. In 2014 the show was offered a two-month residency at the Alhambra Club in Paris, achieving great success. 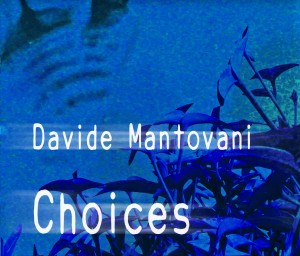 My personal knowledge of West African and Brazilian music led to the album “CHOICES”, a combination of World, Jazz, Cinematic and a touch of classical. Many international artists were involved – Mali, Brazil, Bangladesh, India, Uruguay, Italy & UK. The album was released in September 2012 on my label Equilateral Records and immediately was voted “Jazz album of the Week” on the Evening Standard. 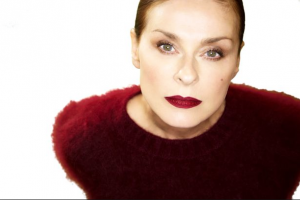 In 2012 I had the honour of being invited to play with world renowned singer Lisa Stansfield. Joining her band has been a giant leap in my career, not only because of her popularity (she has sold millions of albums and is still highly acclaimed internationally) but also for the quality of the music, the mutual respect on and off stage, the extensive touring (UK, Europe and beyond), endless fun and laughter.
I recorded some tracks on her latest album “Seven” which has climbed to the top of most UK and US charts in the first few weeks since its release. Everyone in the team – musicians, crew, tour manager, assistants, drivers – is absolutely professional and a pleasure to work with. A new tour is being organised and I’m so looking forward to that! 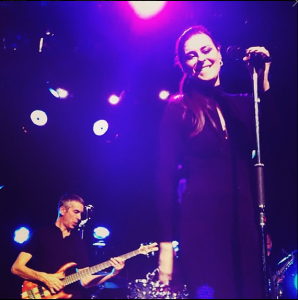 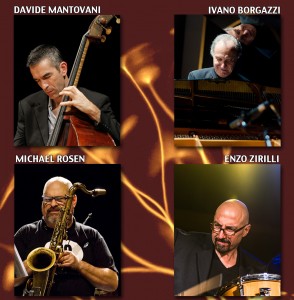 In 2014 I started a collaboration with pianist Ivano Borgazzi which led to the birth of  BY THE WAY and the release of its album “Roots ‘n’ Routes”. Ivano and I selected some of our original jazz / funk compositions and formed a quartet featuring Michael Rosen on sax and Enzo Zirilli on drums. Very high energy tracks combined with introspective ballads, superbly performed by the band.
The album was released in February 2015 on my Equilateral Records label.

My latest achievement is a new quartet, ON Q, where I went back to explore my own compositions and re-dress them in a World-Jazz style. Michael Rosen is again on sax, and it also features Neil Angilley on piano and Rod Youngs on drums. No album yet but check the band live – CLICK HERE